Home - About Us - History 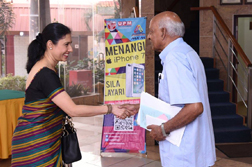 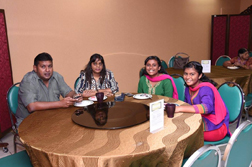 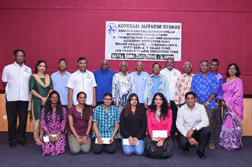 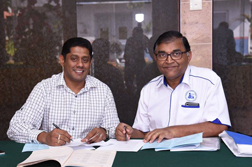 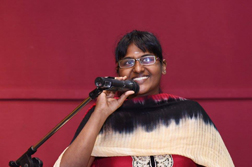 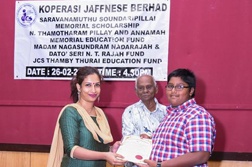 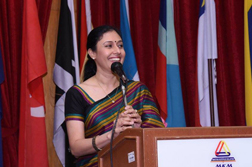 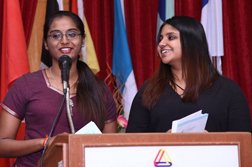 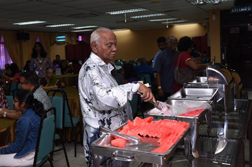 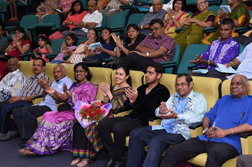 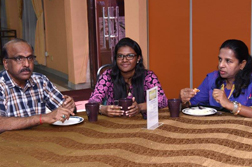 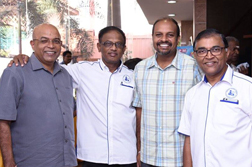 Through the selfless service and foresight of nine Jaffnese, Jaffnese Cooperative Society (JCS) was registered on 31st July 1924. Four days later, the Society commenced functioning with 28 members and total monthly subscription of $172.00. Since 1924, JCS stands out as a symbol of survival and achievement. It holds an honoured place among the pioneers of the cooperative movement in Malaysia. It has not only survived World War 2 and the recession that followed, it went on to grow into the successful service oriented organisation that it is today. Its membership has grown steadily and it is today the one and only Financial Institution of the Jaffnese in Malaysia.

Nine gentlemen of Jaffnese origin met and decided to form a Co-operative society. The Jaffnese Co-operative Society Ltd. (JCS) was officially registered as a co-operative Society on July 31. JCS commenced functioning with 28 members in the register and a total monthly subscription of $172.00 on August 4. Membership at the end of 1924, stood at 864 with a subscription credit of $ 3,163.00. To facilitate the collection of subscriptions, treasurers were appointed in various districts.

District committees were set up throughout the country. Membership was open to ladies and by the end of the year, 38 ladies had registered as members. JCS commenced investing in gilt-edged securities. Fulltime staff were employed for the first time in the place of volunteer workers who had been assisting. JCS commenced contributing to the Sir W George Maxwell Co-operative Scholarship Fund administered by the Midlands Urban Co-operative Union Ltd. The purpose of this fund was to award scholarships to children of members. JCS still continues to contribute to this fund and our members' children in STPM classes in Malaysia have received such awards. Now the awards are made based on the SPM results. JCS created a Scholarship Fund, which up to 1936, sponsored six children of members to the School of Agriculture and two to the Trade School. (This Scholarship was discontinued in 1936). JCS purchased its first property No 10, Old Market Square (now No 17, Medan Pasar) in 1929.

JCS established the Common Good Fund for the general benefit of members. With special sanctions, this fund was used during the economic recession for relief in the form of repatriation, in medical care, support and maintenance of destitute children and also for education and other purposes.

The Common Good Fund was soon followed with the establishment of the Community Service Fund. Its purpose was to propagate co-operation and self-help and promote other forms of social and economic advancement among the Jaffnese community. Both these funds are still in existence. Since 1984 they have become more active, however, recently they have not been fully utilised.

Deposit (Specific) Accounts were established. This enabled members to save regularly towards the purchase of houses, payment of insurance premiums, marriages and for other purposes. The President, R.N.Thamby Thurai called upon every member of JCS to open a Specific Deposit Account and by the end of 1938, 66 members had opened accounts. JCS also established a Provident Fund for the staff.

"Pathfinder" the official organ of the JCS, was published. Among its main objective was to inculcate in the minds of the community the ideals of co-operation, self-help, community service and simple living.In October 1939, The "Pathfinder" ceased publication. The annual report stated, ".....the committee regrets that the journal had to be discontinued because an Honorary Editor who could conveniently find the time for the purpose was not available." The following year the annual report records `:. the cessation of the Pathfinder which served as a contact and help to bind together members of the Society has produced a gap difficult to bridge otherwise than by resuscitation "fits publication.It is urged that members give this matter serious "Pathfinder" - a monthly journal consideration and make arrangement to have the publication revived." Land and Building loans were adopted.